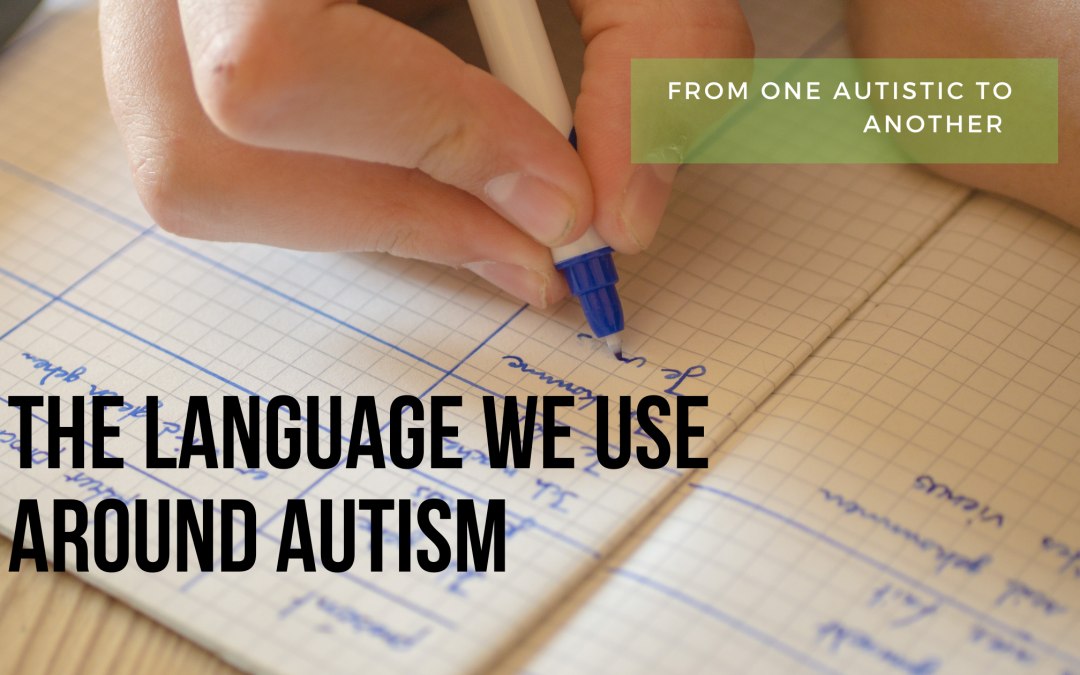 You may not think the language you use is that important, however, the language used around autism and developmental disabilities, in general, does actually make an impact in the real world Here are a few examples of language changes that you can make to help society move towards autism acceptance.

“Suffers From Autism”
Terms that frame autism as something inherently bad is not accurate and perpetuates the idea that autism is more like a disease that needs to be cured rather than a neurotype. While of course autism is a disability and changes the way someone lives their life with proper support autistic individuals can live full successful lives. Rather than saying things like “suffers from” it’s preferred to refer to autism as part of the individual by saying “autistic person”. I’m aware that to many who were taught to use a person’s first language it may be uncomfortable to refer to some by their diagnosis. But most autistics actually prefer identity-first language as our diagnosis is part of us anything to be ashamed of.

The language you use matters whether you realize it or not so educating yourself is one simple way to help break the stigma around autism. And if you meet an autistic person who does not what to be referred to in these ways, use whatever they prefer, after all, it is up to the individual to decide how they self-identify and how they want the world to see them.

For further reading on language around autism read this neat article about reframing the way we talk about autism professional settings. https://www.psychologytoday.com/au/blog/insights-about-autism/202006/reframing-professional-language-around-autism?fbclid=IwAR2TNWJDINSw7ssYFt8YUYj70kD2WBk9K69nIZSUHfzOajvBg3reWbEsgSY